Jack Eason lived in New Zealand for forty-two years until 2000 when he returned to his birthplace in England. As far as he is concerned he will always consider himself to be a Kiwi. After military service in the 1960’s, he travelled the world, visiting exotic lands and making many friends. Now in his mid-sixties he is content to write and travel via the Internet. Besides writing novels and short stories, he contributes to his own blog “Have We Had Help?” Some of his short stories and numerous articles appear in the No: 1 online E-zine “Angie’s DIARY”. His literary interests include science fiction, history, both ancient and modern, and humorous tales like those written by his fellow writer Derek Haines, such as “HAL”. He lives in semi-retirement in his home town surrounded by his favourite books, ranging from historical fact to science fiction. His literary icons are J.R.R Tolkien, George Orwell, Arthur C Clarke and John Wyndham.

A very long time ago, there once was a land called Goblindom hidden behind a magic barrier to protect its inhabitants from mankind. Man’s ancestors the humins lived there quietly alongside wyverns, griffins, trolls, witches and wizards as well as woods, mountain and plains goblins, ravens, eagles and many more creatures.
This anthology is a collection of thirty tales, which I have translated from goblin into English thanks to Globular Van der Graff, a friendly southern woods goblin who told them to me not long ago. They are not my tales, they are his, hence the title – Globular Van der Graff’s “Goblin Tales for Adults”.
For a long time, like most human children I disbelieved the stories read to me by my parents of goblins, witches and wizards, wyverns and griffins, believing them to be nothing more than tales designed to entertain, until that first fateful early morning visit several months ago, when Glob physically sought me out and deliberately entered my life.
I hope and pray that like me, you will all open your hearts and minds to the fact that goblins, especially of the noble and friendly southern woods kind, do still actually exist today. Through necessity for their own protection they have to hide from the modern world you and I live in. If you are fortunate as I undoubtedly am, some may even be living in an oak wood near you.
Lastly, may I just say on behalf of Glob whose anthology this is, not forgetting for one moment his good friend Bejuss, and his goblin brothers, Make, Mous, Neo, Byz, and myself, how much we thank you for taking the time to read this, the first ever written record of the once magical land of Goblindom.

Christoph Fischer was born in Germany as the son of a Sudeten-German father and a Bavarian mother. Not a full local in the eyes and ears of his peers he developed an ambiguous sense of belonging and home in Bavaria. He moved to Hamburg in pursuit of his studies and to lead a life of literary indulgence. After a few years he moved on to the UK where he is still resident today. ‘The Luck of The Weissensteiners’ is his first published work. “Sebastian” has been released in May 2013. He has written several other novels which are in the later stages of editing and finalisation.

Time to Let Go is a contemporary family drama set in Britain.

Following a traumatic incident at work Stewardess Hanna Korhonen decides to take time off work and leaves her home in London to spend quality time with her elderly parents in rural England. There she finds that neither can she run away from her problems, nor does her family provide the easy getaway place that she has hoped for. Her mother suffers from Alzheimers’ disease and, while being confronted with the consequences of her issues at work, she and her entire family are forced to reassess their lives.

The book takes a close look at family dynamics and at human nature in a time of a crisis. Their challenges, individual and shared, take the Korhonens on a journey of self-discovery and redemption.

Circles in a Forest – Dalene Matthee

Dalene Matthee, author of 13 books, is best known for her four “Forest books” on the Knysna Forest: Circles in a Forest, Fiela’s Child, The Mulberry Forest and Dreamforest.

Dalene was born in Riversdale in the Southern Cape, South Africa, in 1938. She began her writing career with children’s stories and short stories before taking on her first novel after a hiking trip through the Outeniqua hiking trail around Knysna. Her curiosity led to a journey through the stories and studies of these indigenous forests. In the end, she gathered enough material for four books.

Each book is underpinned by thorough research. Her books have been translated into 14 languages, and some of her books have been used as prescribed books in schools for over 20 years. Dalene has received various awards, including the ATKV Prose Award (4 times), the Southern African Institute of Forestry Award (twice), the Swiss Stab Award and the Department of Arts and Culture’s SA Literary Award (posthumously). She is the only South African author of whom over 1 million Afrikaans books have been sold.

She died in 20 February 2005 and a memorial has been erected for her in the Knysna Forest. More information available at http://www.dalenematthee.co.za/english/index.html 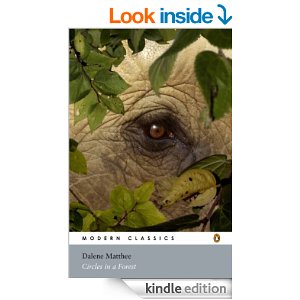 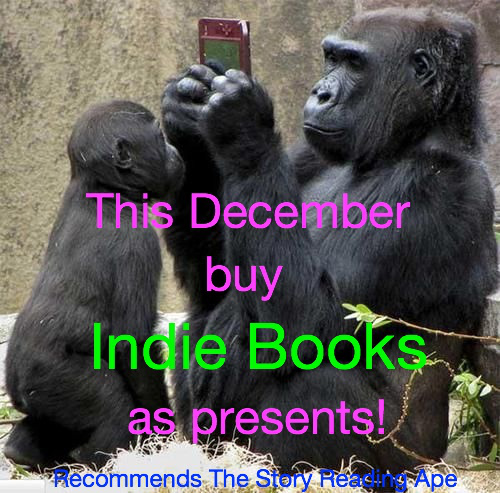 Feed My Reads SA on G+